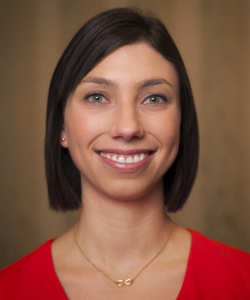 Nicole Allen is the Director of Open Education for SPARC. In this role she leads SPARC’s work to advance openness in education, which includes a robust state and federal policy program, a broad librarian community of practice, and a leadership program for OER librarians.

Nicole was inspired by the idea of open education as an undergraduate student, and has dedicated her twelve-year career to advancing the vision of a world where everyone, everywhere has access to knowledge. Now an internationally-recognized advocate and leading voice in the movement for open education, she has been widely cited in the media and has given hundreds of talks and trainings in more than a dozen countries.

Nicole joined SPARC in 2013 to develop and launch a program on open education. Under her leadership, SPARC’s open education program has been a driving force behind numerous state and federal policy achievements, including securing Congressional funding for an open education grant program and establishing a U.S. Department of Education policy requiring open licensing for grant-funded materials. Nicole also oversaw the launch of SPARC’s Open Education Leadership Program, a first-of-its-kind professional development program that is positioned to become the industry standard in the growing field of open education librarianship. She also continues to work with students through the Right to Research Coalition, and as part of the organizing team for OpenCon.

Una Daly is the director of the Community College Consortium for Open Educational Resources (CCCOER), a division of the global Open Education Consortium. CCCOER is the community of practice for Achieving the Dream’s OER Degree Initiative, the largest nationwide initiative in the U.S. with 38 colleges in 13 states. CCCOER also provides technical assistance support for the California Zero Textbook Cost Degree program with 23 community colleges developing 33 degrees or certificates where textbook costs have been completely eliminated. Una also served as the OER Library Services Manager for the California Open Online Library (COOL4Ed), a repository of low-cost, peer-reviewed open textbooks for the top 50 college courses.

Prior to joining the Open Education Consortium, she was director of College Open Textbooks and the ePortfolio Coordinator at the California Virtual Campus and Foothill College where she taught in the Computer Technology Information Systems department. She holds a Masters Degree in Teaching and Learning with Technology from Santa Clara University and an @One Online Teaching Certificate. Her initial career was in the computer industry where she was a software engineer and manager at Apple, 3Com Corporation, and Motorola. 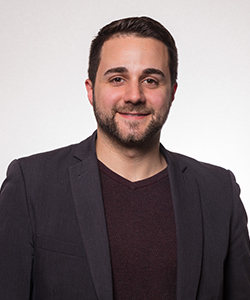 Ethan Senack is the Policy and Outreach Manager for Creative Commons USA, where he works as an advocate for OER and a more open society. Before taking on that role, he worked with U.S. PIRG directing advocacy efforts around affordable, accessible higher education. With a background in campaigns – both electoral and non-profit – Ethan has spent almost a decade organizing constituents to make their voice heard.