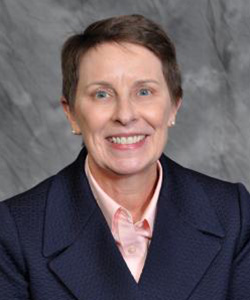 
Mary Agnes Larson serves as the Associate Director for Student and Institutional Support at NC-SARA. Since 2013, Mary has been Director of Student Access Programs and Services at the 16-state Southern Regional Education Board (SREB); she served as Associate Director of that work from 2004-2013. She has been responsible for SREB’s Academic Common Market, Regional Contract Program, adult degree completion programs (TheAdultLearner.org) and Electronic Campus. She has also been regional director for SARA, responsible for bringing all 16 SREB states, Pennsylvania, the District of Columbia and the U.S. Virgin Islands into the initiative. SREB’s Academic Common Market spans 14 SREB states and provides in-state tuition rates for out-of-state students pursuing degrees at 200+ institutions. SREB’s Electronic Campus has involved 16 states, hundreds of institutions, and has provided access to 5,000 online degree programs. She has been with SREB since 1997. Earlier in her career she served five years as program officer for the foundation of Colorado’s Fort Lewis College. She earned a BA degree in English literature from Montana State University and a M. Ed. Degree in Adult Education from the University of Georgia. At NC-SARA, Mary is responsible for developing and providing enhanced information for students and institutions. 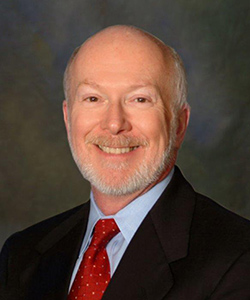 
Marshall A. Hill is Executive Director of the National Council for State Authorization Reciprocity Agreements (NC-SARA), which provides a voluntary, regional approach to state oversight of postsecondary distance education. Forty-eight states, the District of Columbia, and the U.S. Virgin Islands have joined SARA as of August, 2017, with about 1,600 participating institutions.

Prior to assuming his NC-SARA position in August of 2013, he served eight years as executive director of Nebraska's Coordinating Commission for Postsecondary Education. Before his work in Nebraska, he was assistant commissioner for universities and health-related institutions at the Texas Higher Education Coordinating Board.

He has served on four negotiated rule-making panels for the U.S. Department of Education, negotiating federal rules affecting accreditation and student financial aid. Active in several regional and national organizations, during 2012-2013 he served as chair of the executive committee of the State Higher Education Executive Officers association (SHEEO). 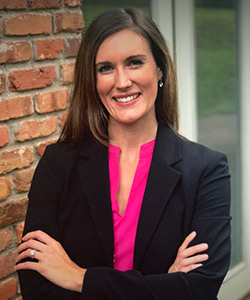 
Morgan Champion is the Director of Postsecondary Reciprocal Distance Education for the Commission for Independent Education. She handles the day-to-day operations related to implementing a reciprocity agreement for distance education in the state of Florida. Previously, Morgan served as the licensure manager for the Commission where she played an integral role in preparing Commission meeting agendas, handling high level school issues, and supervising the team of specialists working with institutions. A previous school administrator, counselor and student advocate, Morgan is excited about the educational opportunities Florida’s reciprocity agreement will provide to out-of-state students who can benefit from Florida's renowned colleges and universities. As the Sunshine State draws closer to becoming a NC-SARA member state, Morgan will serve as state portal entity contact for students and schools. 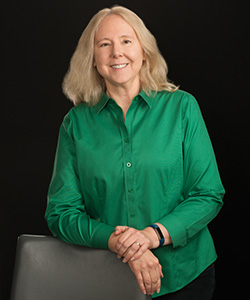 
Jeannie Yockey-Fine provides client institutions and organizations with thoughtful assistance and guidance related to state authorization and regulation of higher education institutions, state institutional license application review and state-level professional licensure.  Before joining Cooley, Jeannie served as licensure manager and educational policy analyst at the Florida Department of Education's Commission for Independent Education, reporting directly to the executive director. In that role, she was responsible for overseeing compliance with Florida rules governing private
postsecondary institutions as well as monitoring trends affecting postsecondary education in states around the country. 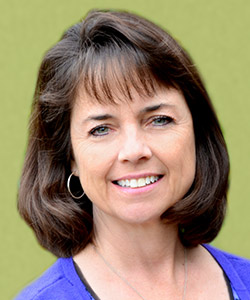 
Cheryl Dowd directs an organization that guides, supports, and facilitates collaboration of its members to understand and apply state and federal regulation compliance requirements for institutions’ out of state activities. She assists institutions in determining the best practices for compliance at their institutions. Prior to her work with WCET, she managed state authorization compliance for Sinclair College in Dayton, Ohio. She earned her Juris Doctorate from the University of Richmond in Virginia, Master’s degree in Criminal Justice from Bowling Green State University in Ohio, and Bachelor’s degree in Political Science from James Madison University in Virginia. Cheryl has extensive experience in managing state authorization in her role in directing compliance efforts for Sinclair College. Additionally, Cheryl has worked with representatives from the regulatory agencies in each state, the United States Department of Defense, and the State Authorization Reciprocity Agreement on the topic of state authorization. Contacts: cdowd@wiche.edu 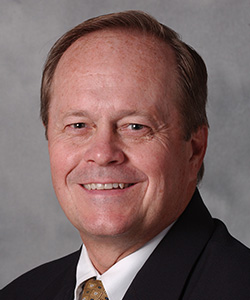 
For the past 30+ years, George has been involved in higher education at the University of Missouri and Georgia Institute of Technology. He has spent these years researching promising emerging technologies and advocating the use towards improvement of face-to-face and virtual classroom instruction and life-long learning. Most of his work has been in training and support of adult learners and instructors seeking new methods and techniques for improving the teaching and learning process. George Wright has directed online learning for Georgia Institute of Technology for over 20 years. The online learning program delivers graduate level courses to students earning their degrees without attending classes on campus and to Georgia Tech’s international locations. The department also supports delivery of select undergraduate engineering courses asynchronously to campus students while they are off campus. The program also supports the synchronous delivery of advanced calculus II & III courses to 450 students in 50+ high schools in the metro Atlanta and across the state of Georgia. George spent 15 years in public Pre-K-12 education as a high school teacher, school psychologist, and public school district administrator. He also served as the executive director of the largest and most successful RESA (regional education service center) in the state of New Hampshire. Today, George is largely focusing on compliance, policy, and federal and state regulations in order to ensure that Georgia Tech remains in compliance with various laws and regulations. 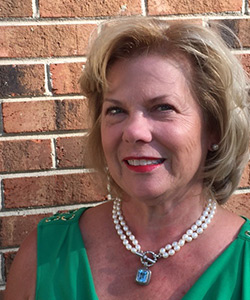 
Charlene Lee is the State Authorization Compliance Specialist for East Carolina University. Charlene also serves as the State Authorization Reciprocity Agreement (SARA) university coordinator. Charlene has managed the state authorization complexities and processes for the past six years. Currently, she is working with professional licensure boards in every state to ensure ECU’s graduates are eligible for licensure in any state in which they wish to practice. Charlene is part of a team that is leading a campus-wide initiative for implementing an Experiential Learning Inventory (ELI) application to develop a repository for all internships and which will provide valuable information to the upper administration.

Charlene is married to Frank Lee, has a son who resides in Bluffton, SC with his wife and their two precious children. In her spare time, she enjoys golfing with Frank, reading, cooking, spoiling her grandchildren and spending time with family and friends. 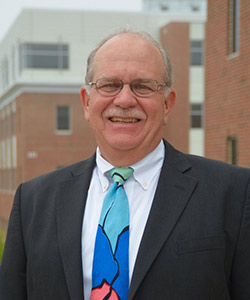 
As the Director of Compliance and Reporting for Penn State Outreach and Online Education, Mr. Igo has the responsibility of leading a diverse group which oversees compliance with federal and state regulations, coordinates contracting and purchasing processes, and operational reporting. He is one of the two Pennsylvania representatives to the Southern Regional Education Board’s NC-SARA Steering Committee. In addition, he has taught economics, finance and management for Continuing Education and the World Campus.

Prior to coming to Penn State in 2004, he spent 25 years within the manufacturing sector in operational management and leadership positions.

Bob’s education includes a bachelor’s degree from Penn State and an MBA from Saint Francis University, as well as, a professional certification in operational planning.